Ryan Named in “The Best Lawyers in America”

Ward Family Law Group is pleased to announce that Attorney Ryan M. Tarrant is once again recognized in the 29th edition of The Best Lawyers in America for his high caliber work in Family Law. He has been recognized since 2018. We are incredibly proud of Ryan’s continuous achievements and his continued dedication to his clients and the profession. For more than 40 years, Best Lawyers has been regarded by both the profession and the… Read More

Dale Recognized in “Best Lawyers: Ones to Watch in America”

Ward Family Law Group is pleased to announce that Attorney Dale Stephenson is recognized in the third edition of Best Lawyers: Ones to Watch in America™ for her high caliber work in Family Law. This recognition acknowledges her outstanding reputation as an attorney and advocate, and we are extremely proud of Dale’s accomplishment and her continued dedication to her clients and the profession. For more than 40 years, Best Lawyers has been regarded by both the… Read More

This past weekend, Ward Family Law Group attorney, Dale V. Stephenson, co-coached Broughton High School’s Mock Trial team to finish in the Top Fifteen at the National High School Mock Trial Championship. Forty six teams competed at Nationals from every region across the country – including a team from South Korea. Dale’s team represented the great state of North Carolina and competed among the very best of High School Mock Trial advocates in the United… Read More 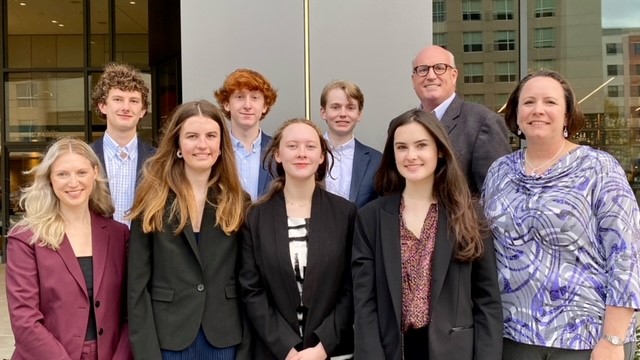 Ward Family Law Group is pleased to announce that Attorney Ryan M. Tarrant has been selected for inclusion in the 2021 North Carolina Super Lawyers Rising Stars List. Super Lawyers is a rating service of outstanding lawyers from more than 70 practice areas who have attained a high-degree of peer recognition and professional achievement. The patented annual selection process includes independent research, peer nominations, and peer evaluations. No more than 2.5 percent of the State’s… Read More